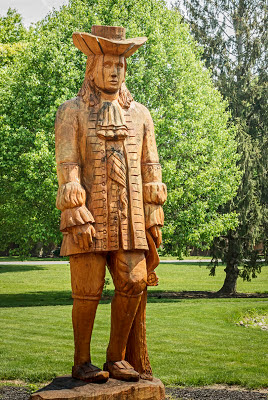 any good thing I can do

“William Penn was an English founder
and 'Absolute Proprietor'
of the Province of Pennsylvania,
the English North American colony
and the future U.S. State of Pennsylvania.
He was known as an early champion of
democracy and religious freedom
and famous for his good relations
and his treaties with the Lenape Indians.
Under his direction,
Philadelphia was planned and developed.

As one of the earlier supporters
of colonial unification,
Penn wrote and urged for
a Union of all the English colonies
in what was to become
the United States of America.
The democratic principles that he set forth
in the Pennsylvania Frame(s) of Government
served as an inspiration for
the United States Constitution.”
- Author Unknown

“I expect to pass through life but once.
If therefore, there be any
kindness I can show,
or any good thing I can do
to any fellow being, let me do it now,
and not defer or neglect it,
as I shall not pass this way again.”
- William Penn
Posted by techranger at 9:22 AM