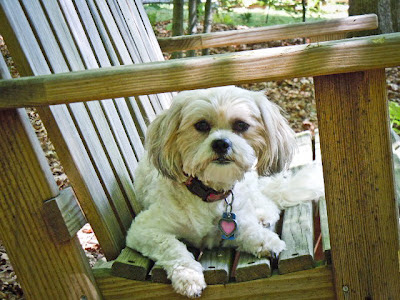 
"'Dog Days' (Latin: diēs caniculārēs)
are the hottest, most sultry days of summer.
In the Northern Hemisphere,
the dog days of summer
are most commonly experienced
in the months of July and August,
which typically observe
the warmest summer temperatures.
The name comes from the ancient belief
that Sirius, also called the Dog Star,
in close proximity to the sun
was responsible for the hot weather.”
- Wikipedia

“These are strange and breathless days,
the dog days,
when people are led to do things
they are sure to be sorry for after.”
- Natalie Babbitt (Tuck Everlasting)


“Therefore let anyone who thinks he stands
[who feels sure that he has a steadfast mind
and is standing firm],
take heed lest he fall [into sin].
For no temptation (no trial regarded as enticing to sin),
[no matter how it comes or where it leads]
has overtaken you and laid hold on you
that is not common to man
[that is, no temptation or trial has come to you
that is beyond human resistance
and that is not adjusted and adapted
and belonging to human experience,
and such as man can bear].
But God is faithful
[to His Word and to His compassionate nature],
and He [can be trusted] not to let you
be tempted and tried and assayed
beyond your ability and strength of resistance
and power to endure,
but with the temptation He will [always]
also provide the way out
(the means of escape to a landing place),
that you may be capable and strong
and powerful to bear up under it patiently.”
- 1 Corinthians 10:12,13 AMP
Posted by techranger at 9:13 AM