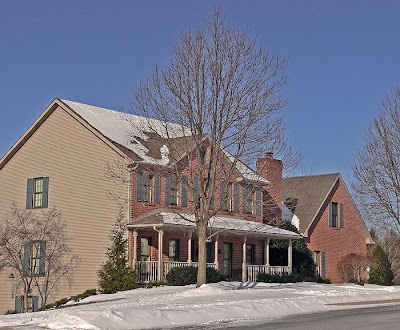 “I find I must borrow yet
another parable from George MacDonald.
Imagine yourself as a living house.
God comes in to rebuild that house.
At first, perhaps, you can
understand what He is doing.
He is getting the drains right
and stopping the leaks in the roof and so on:
you knew that those jobs
needed doing and so you are not surprised.
But presently he starts knocking the house about
in a way that hurts abominably
and does not seem to make sense.
What on earth is He up to?
The explanation is that He is building
quite a different house from the one you thought of –
throwing out a new wing here,
putting on an extra floor there,
running up towers, making courtyards.
You thought you were going
to be made into a decent little cottage:
but He is building a palace.
He intends to come and live in it Himself.”
- C. S. Lewis
(Mere Christianity)