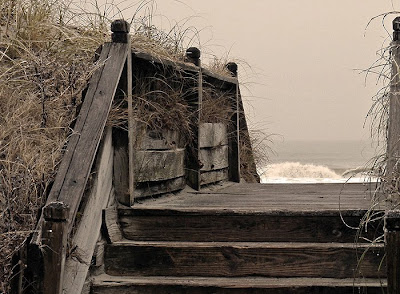 It is the only response.
photo by Ronnie Benner

“No man knows how bad he is
till he has tried very hard to be good.
A silly idea is current that good people
do not know what temptation means.
This is an obvious lie.
Only those who try to resist temptation
know how strong it is.
A man who gives in to temptation after five minutes
simply does not know
what it would have been like an hour later.
That is why bad people, in one sense,
know very little about badness.
They have lived a sheltered life by always giving in.
We never find out the strength
of the evil impulse inside us
until we try to fight it.”
- C.S. Lewis

“No conflict is so severe as his
who labors to subdue himself.”
- Thomas a Kempis

“[This] is the kind of totally committed response
the Lord Jesus called for.
A desire for Him at any cost. Absolute surrender.
A full exchange of self for the Savior.
It is the only response
that will open the gates of the kingdom.
Seen through the eyes of this world,
it is as high a price as anyone can pay.
But from a kingdom perspective,
it is really no sacrifice at all.”
- John MacArthur