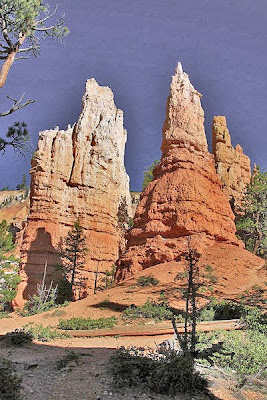 “‘Tolerance’ gives me room to say,
‘I think you're wrong,
but I'll defend your right to be wrong.’
‘Pluralism’ suggests, much more strongly
than most folks admit,
that there isn't such thing as right and wrong -
and no such thing as truth and error.
As it is practiced more and more in America,
pluralism tends to require that you
not only leave room for your neighbor
to believe what he believes,
but that you also refrain from disagreeing with it.
There's a world of difference
between the two perspectives.
Tolerance promotes civility
combined with clear thinking.
Pluralism promotes civility
combined with mushy-headedness.”
- Joel Belz

Posted by techranger at 5:35 PM